What if talking to the most important people in your life was as easy as looking at your wrist and tapping a button? 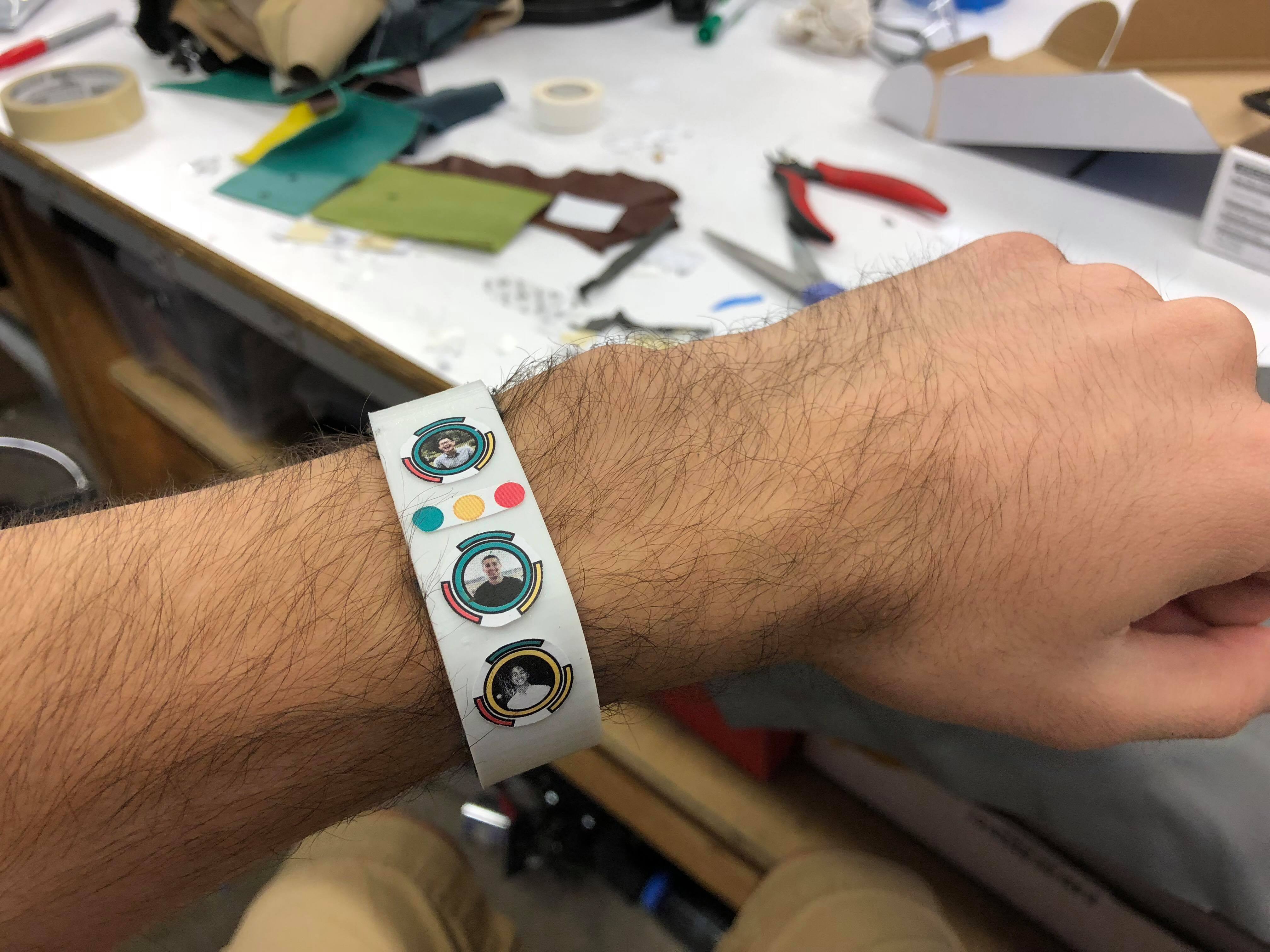 (Fun fact: this was the first and last Siempre system designed with friend-level availability controls) 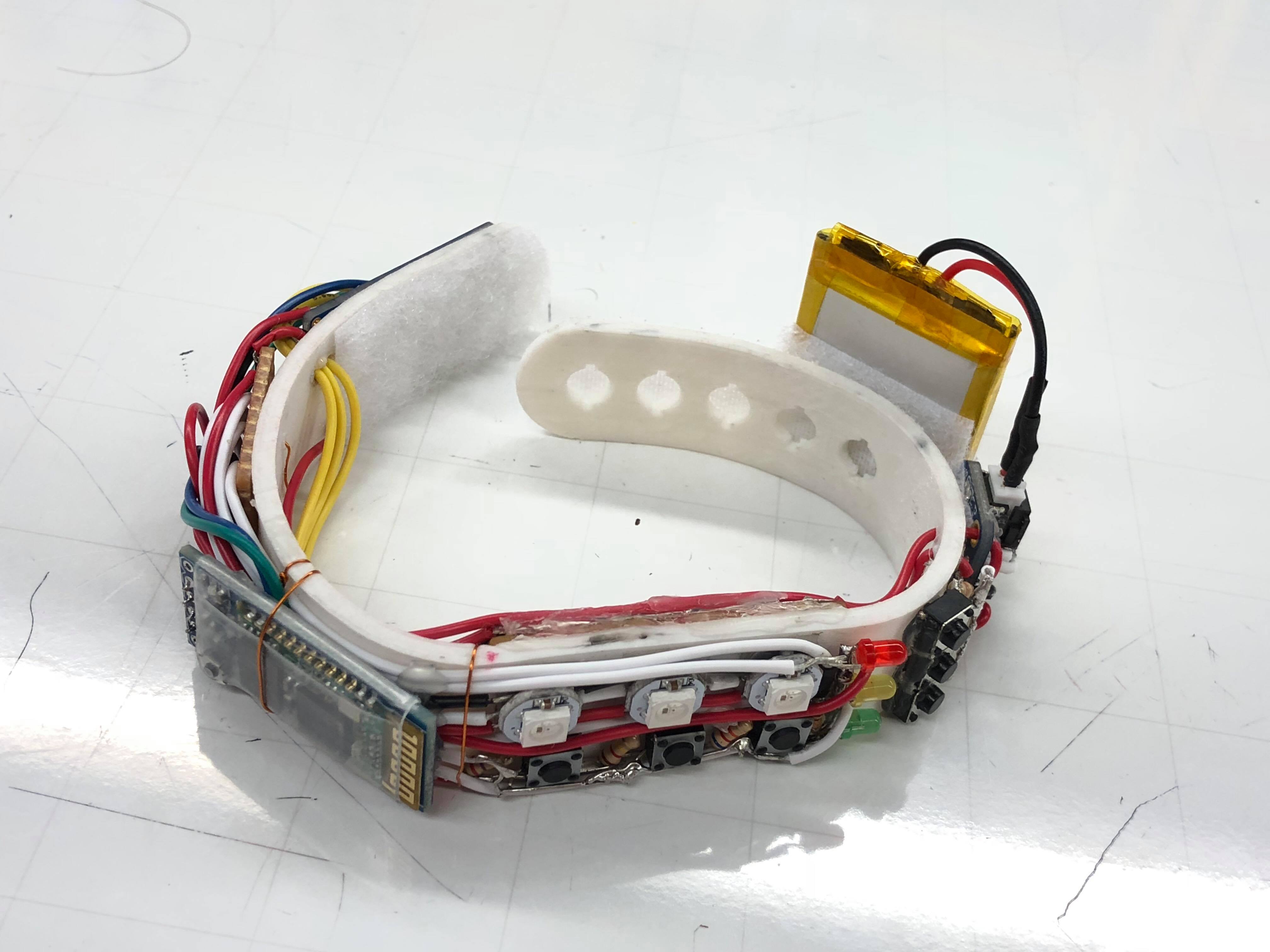 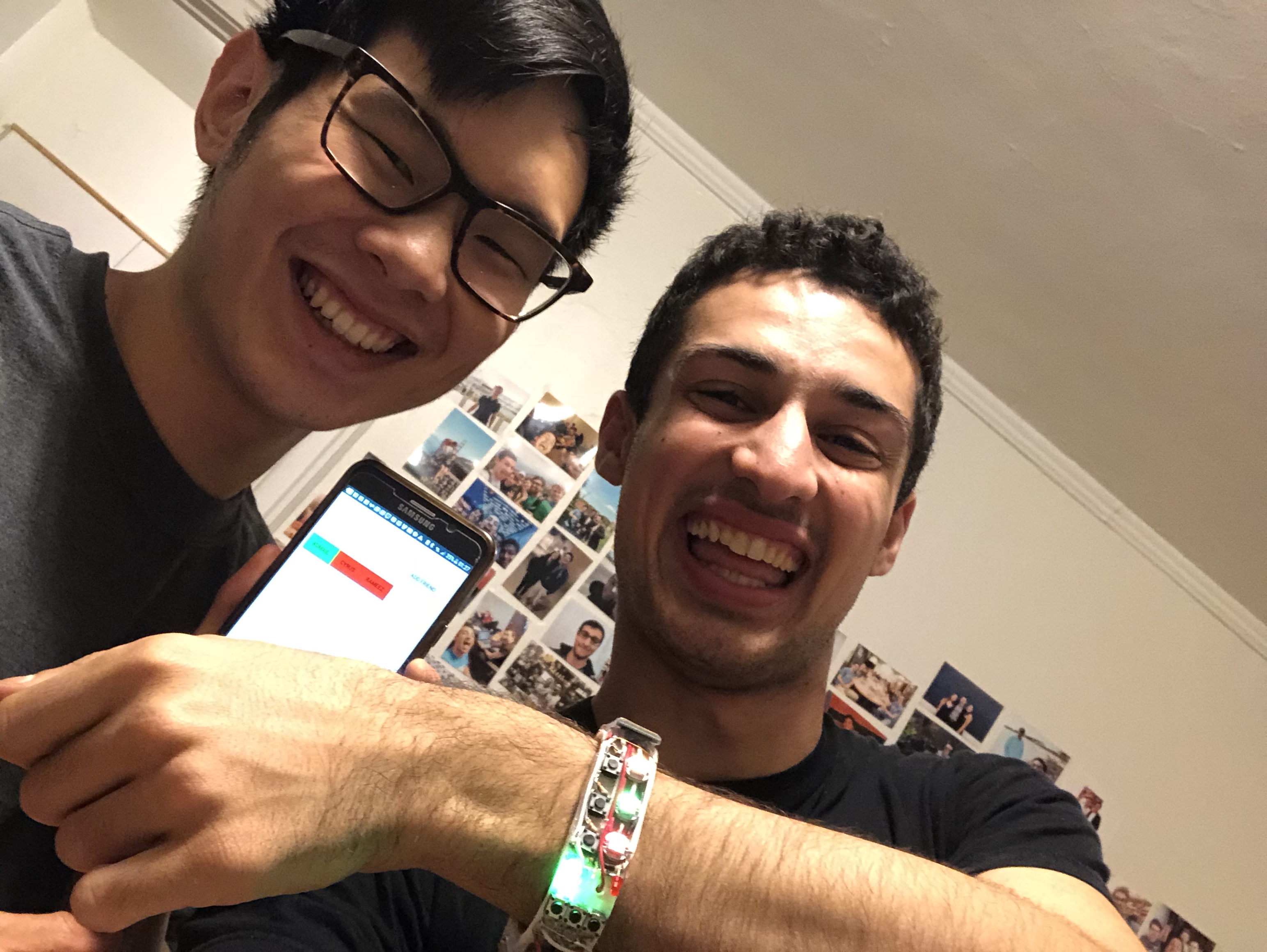 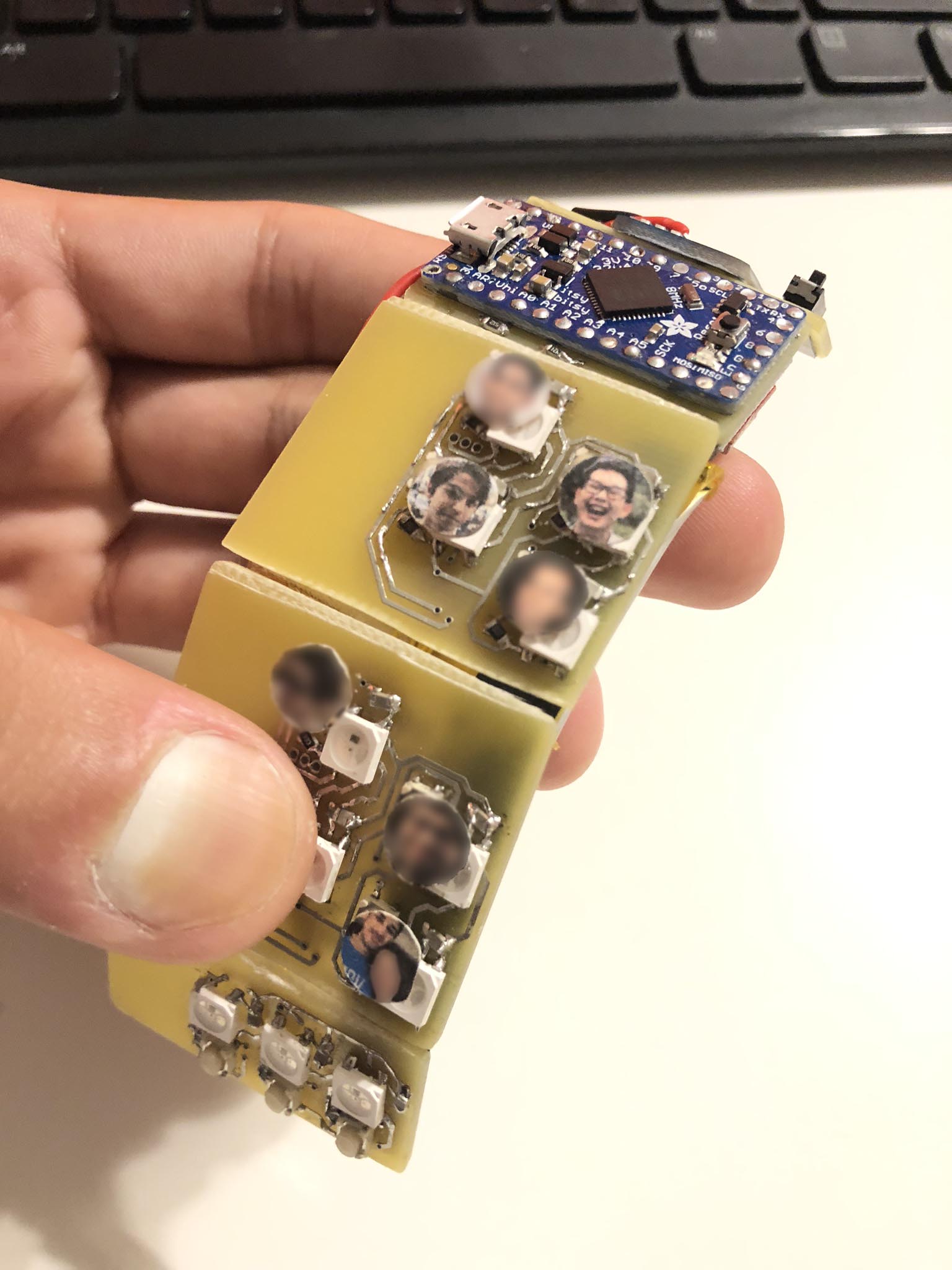 Flexible PCB iteration time was too slow. To hedge, designed a segmented version. 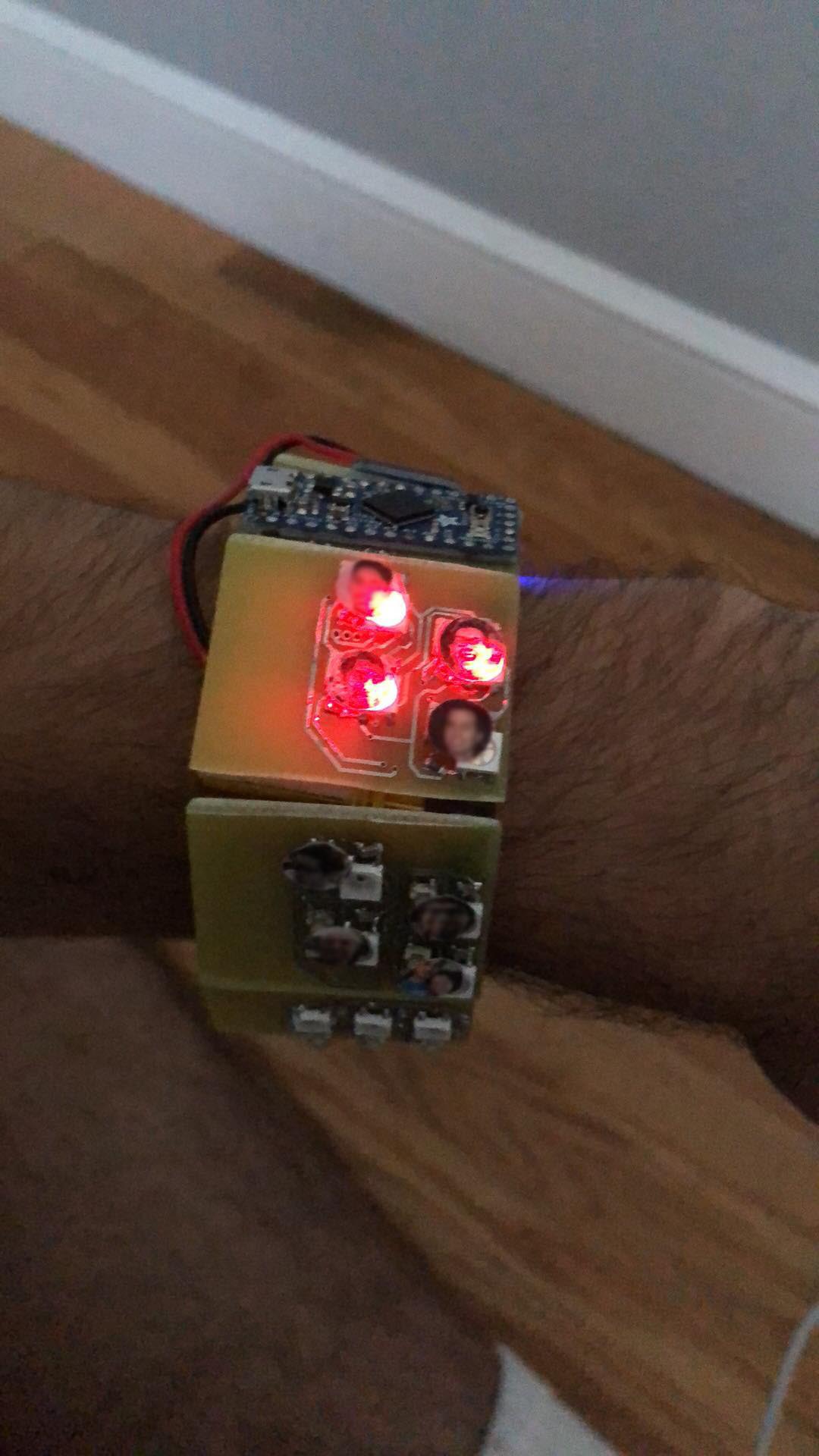 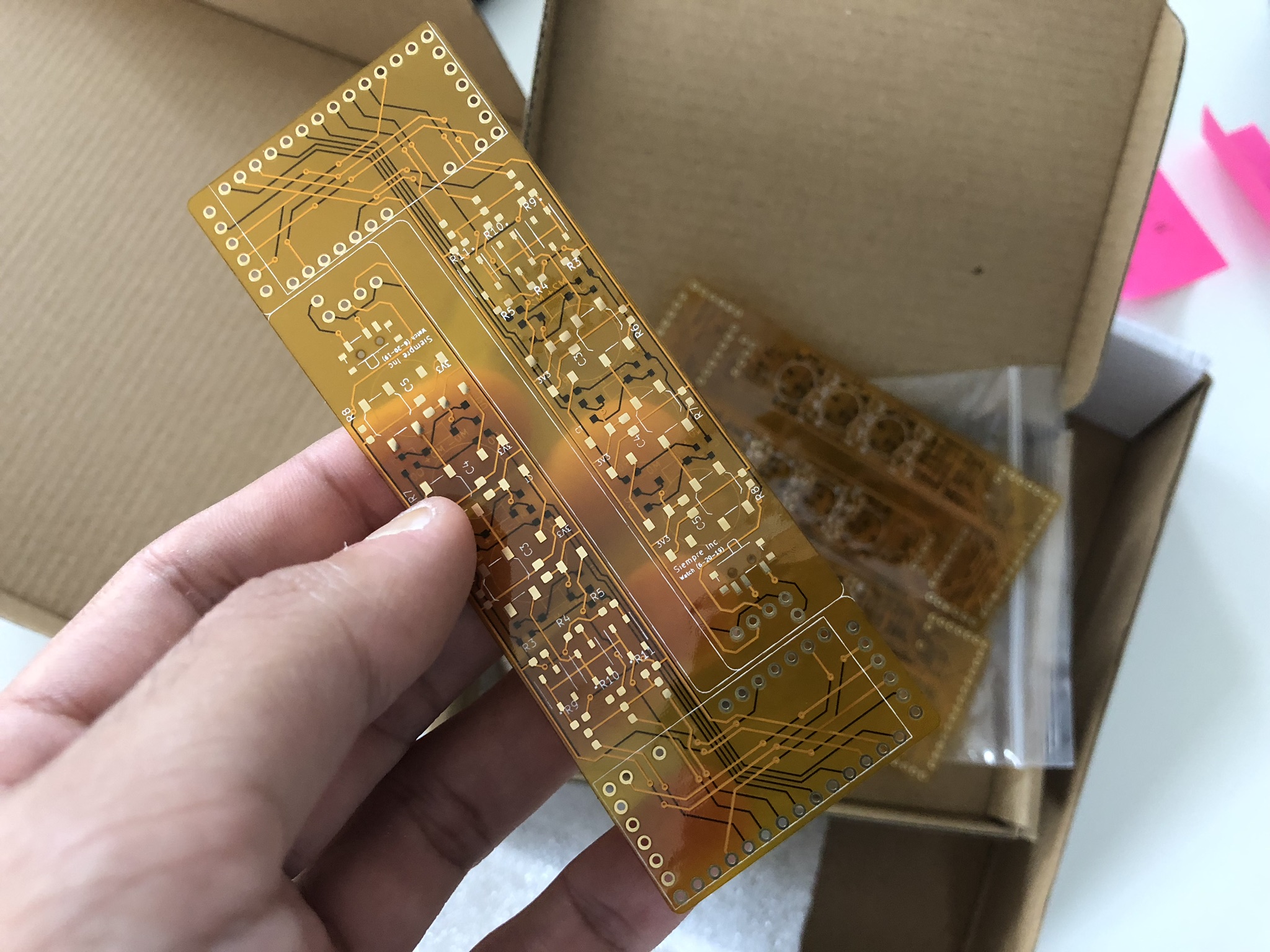 First flex PCB's from China. Quotes from nine U.S. suppliers were way too slow and expensive. 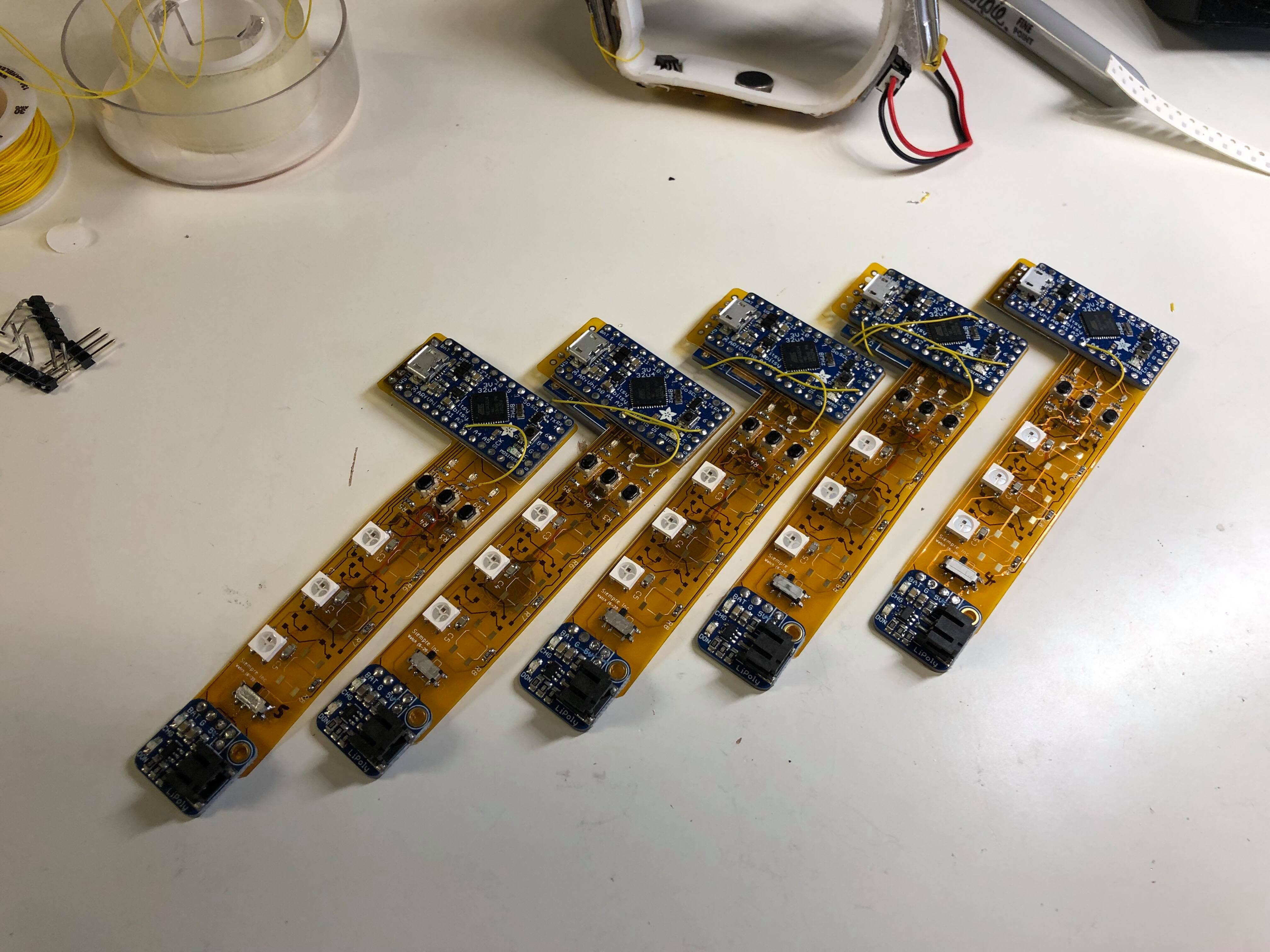 First batch of watches barely worked because the PCB was designed poorly. 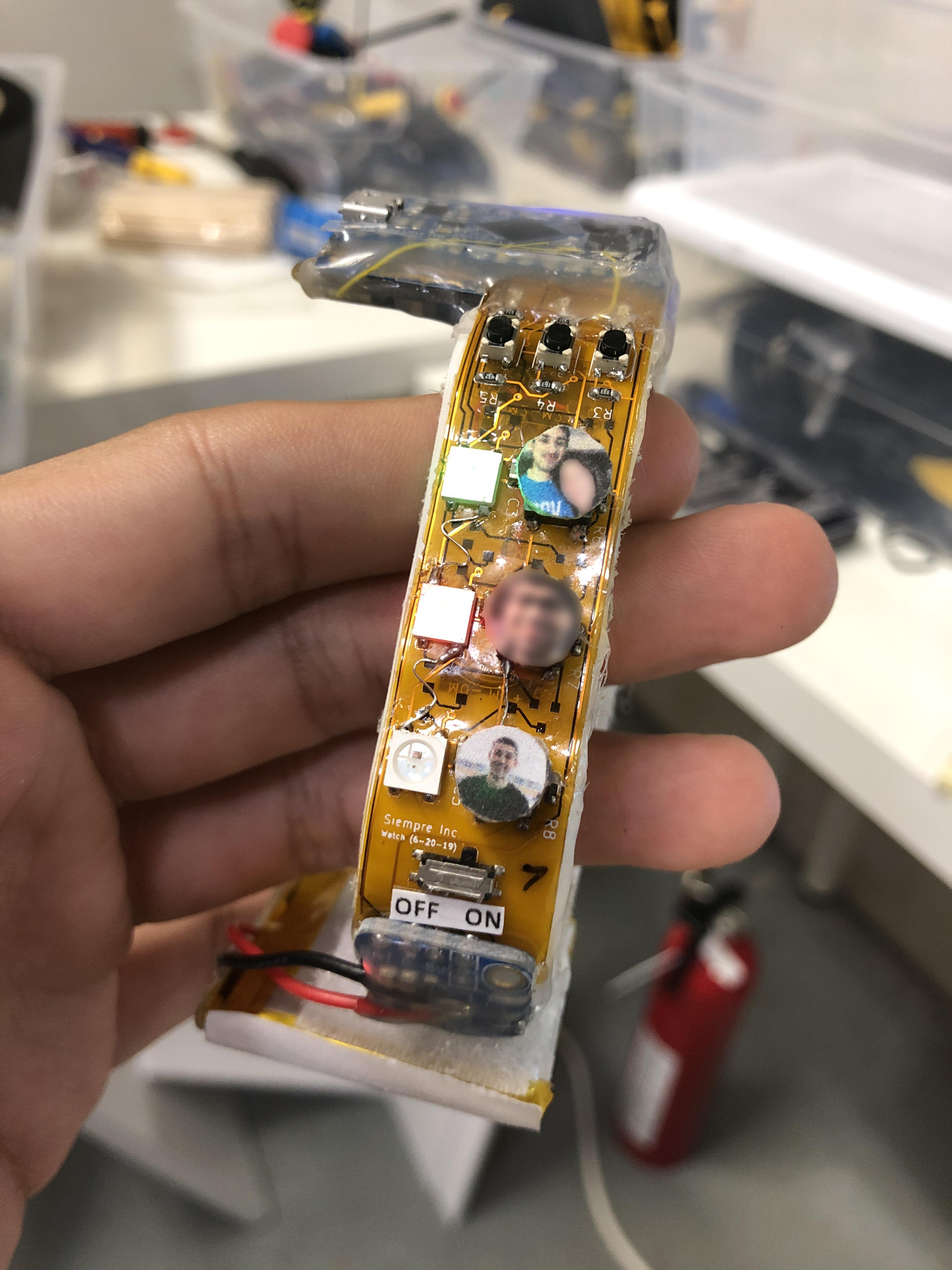 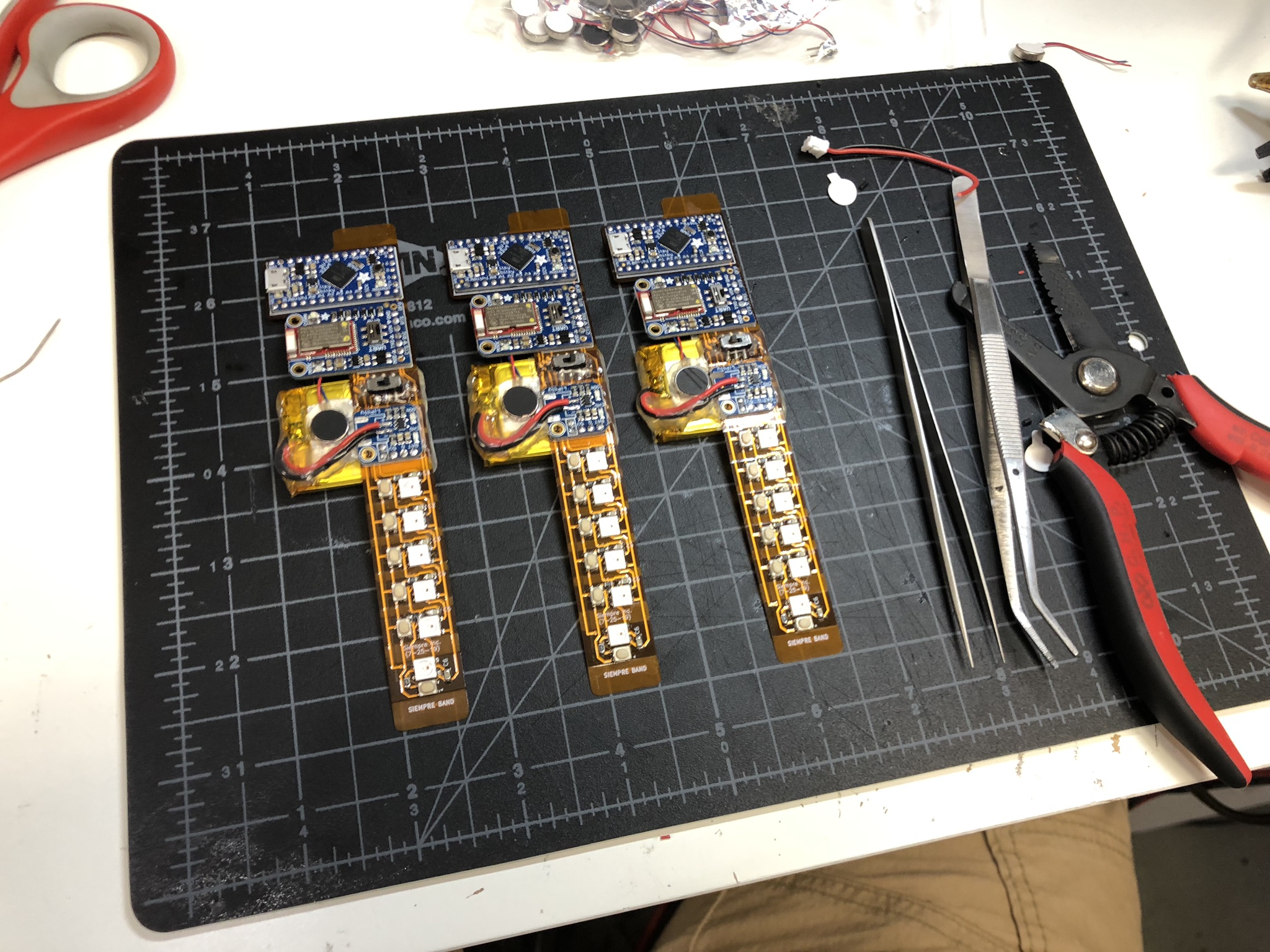 Next batch of bands were way more promising and durable. Designed with stiffener layers. 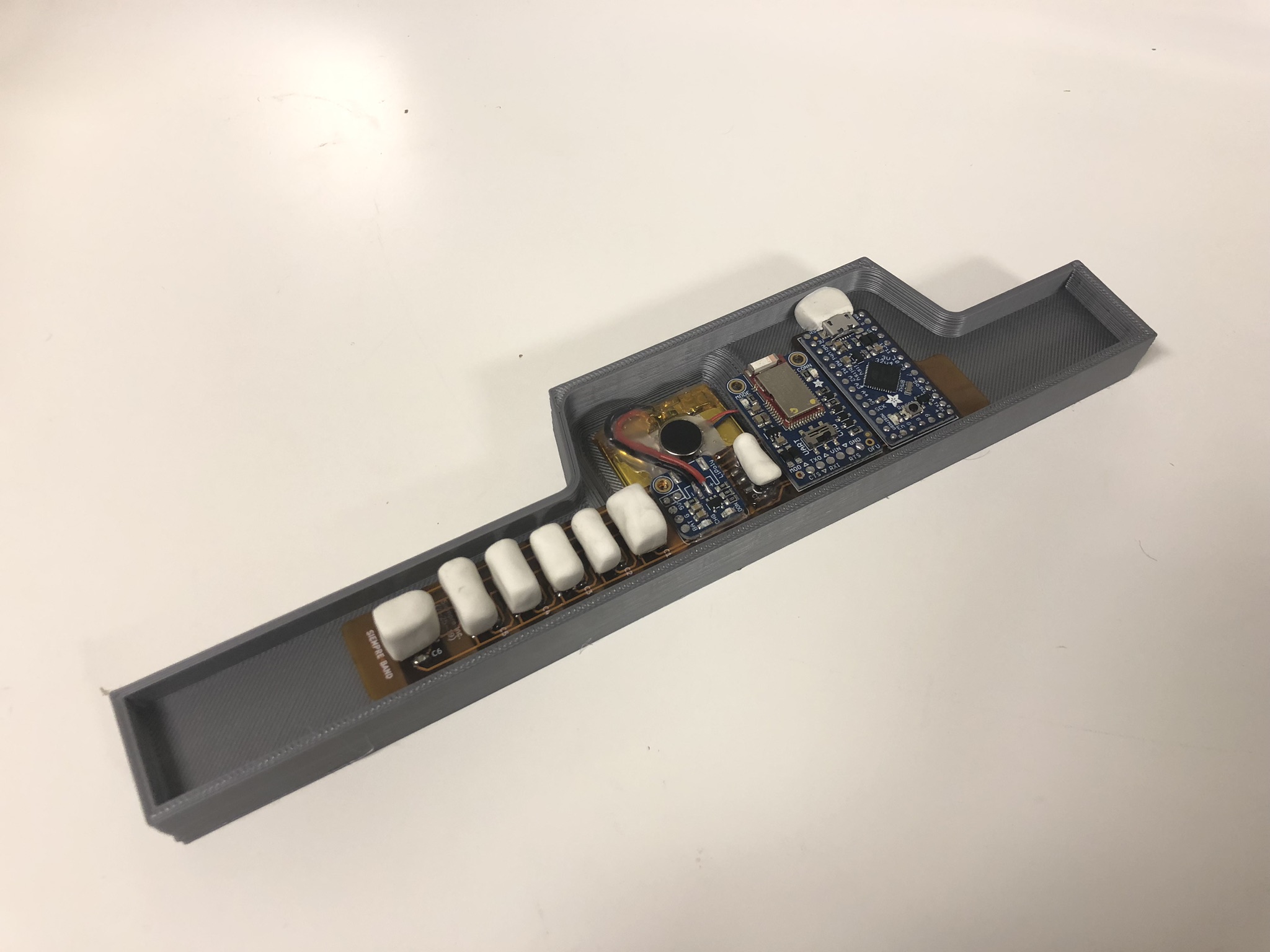 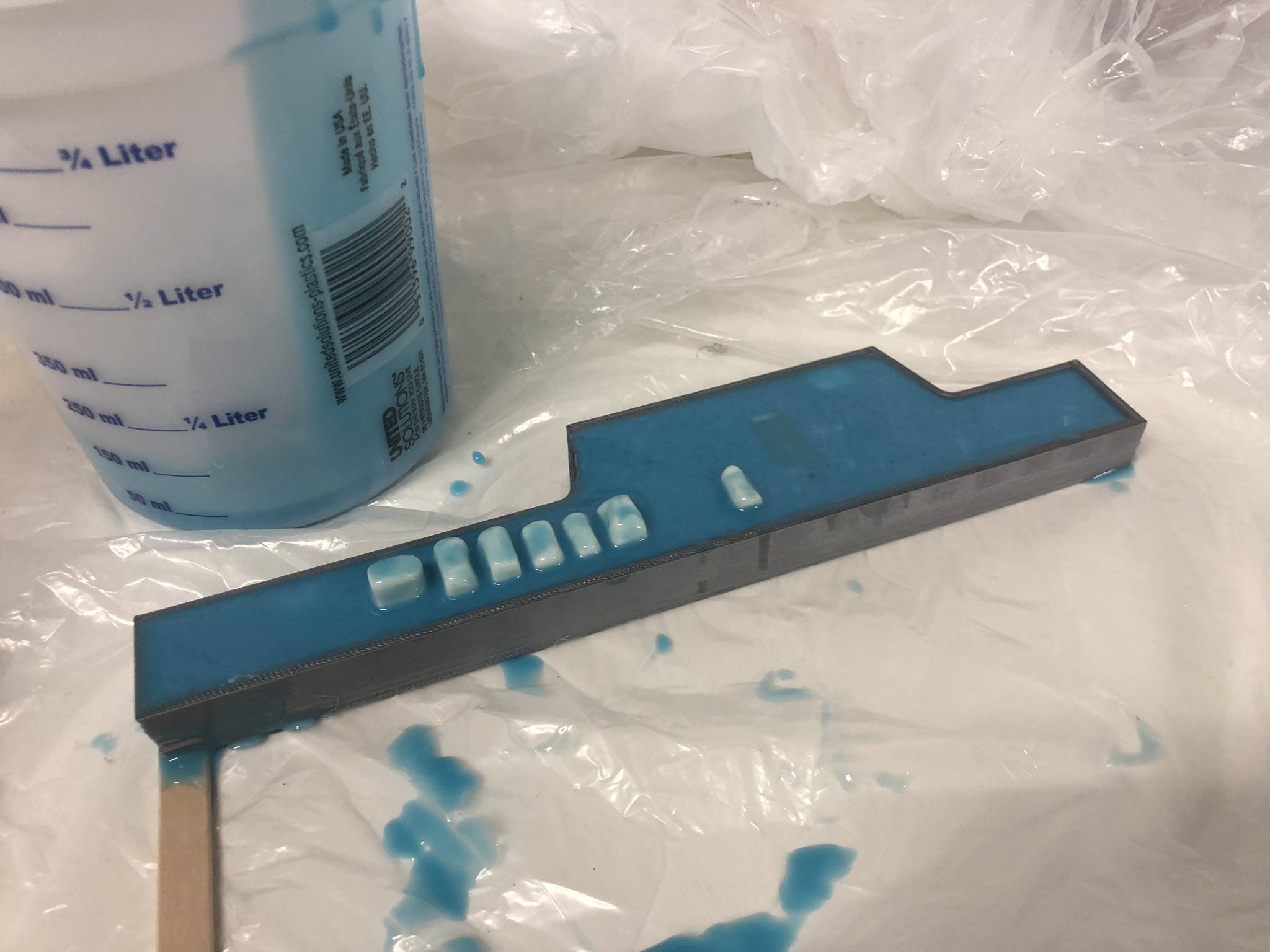 Experimenting with silicone casting didn't help with the structural support the band needed. 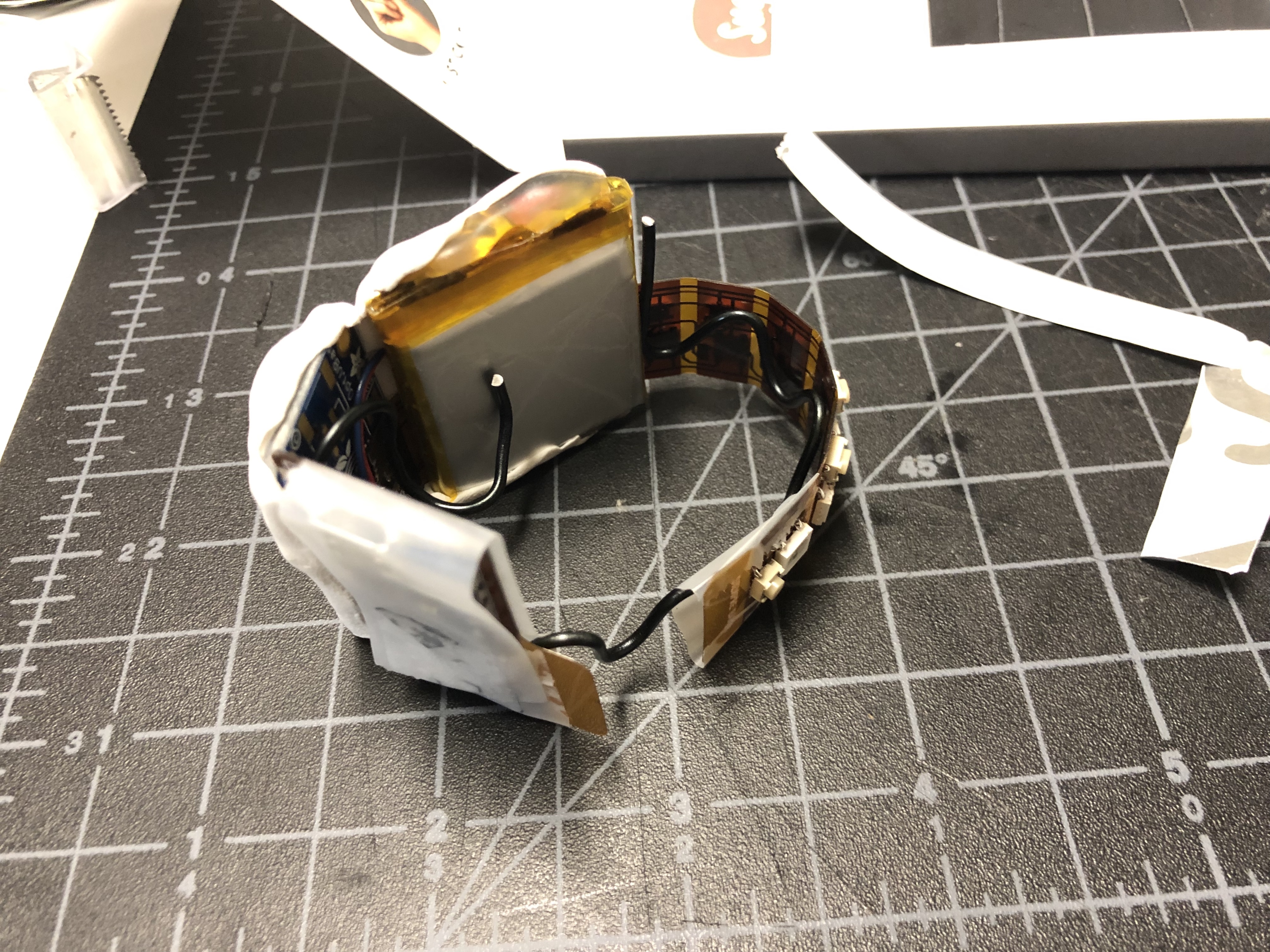 Wrapping the flexible PCB with Sugru is exceptionally painful but works really well. 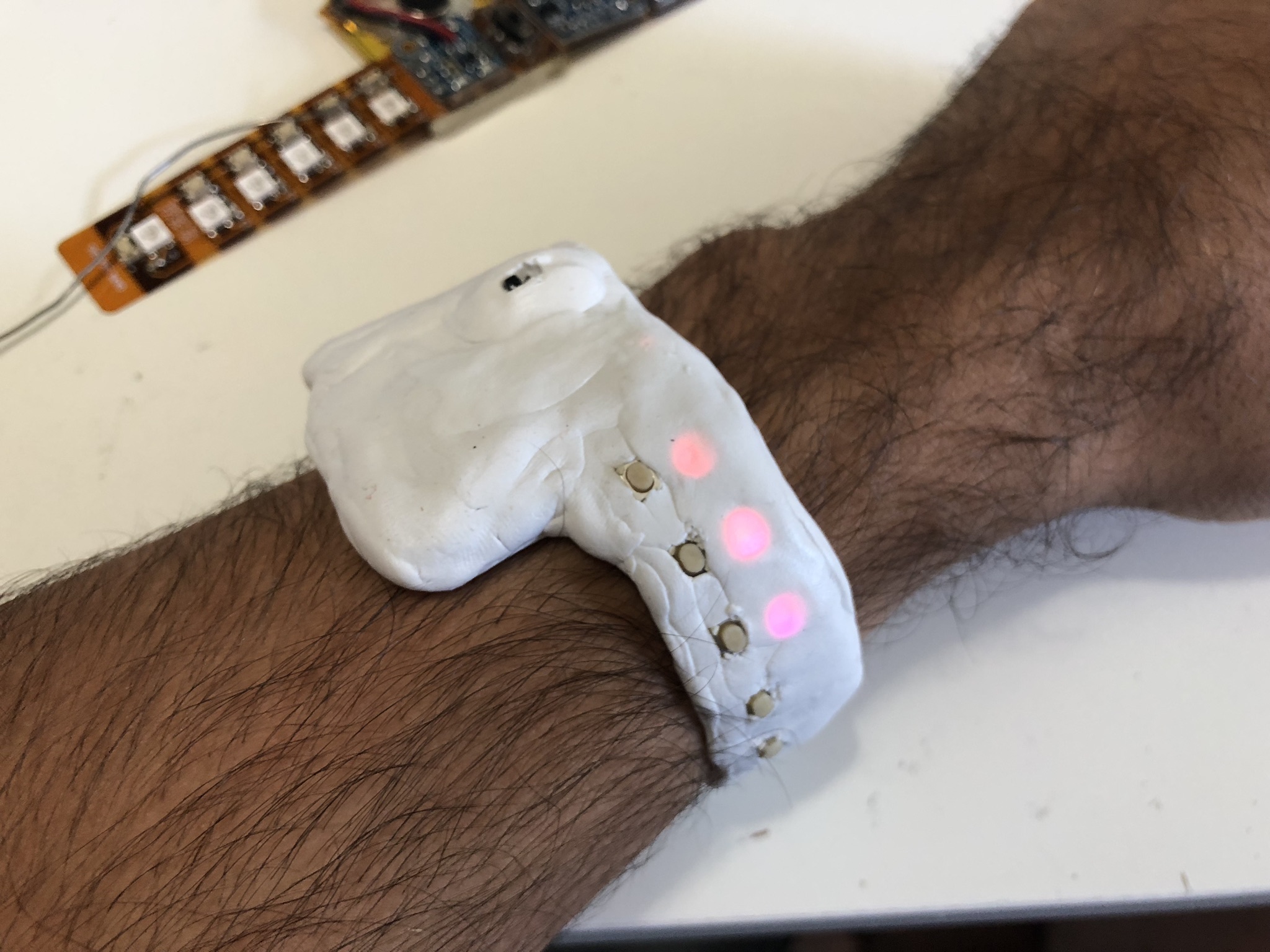 It also looks and feels great. It's also shock and water resistant. Just don't try gluing anything to it! Nothing sticks. 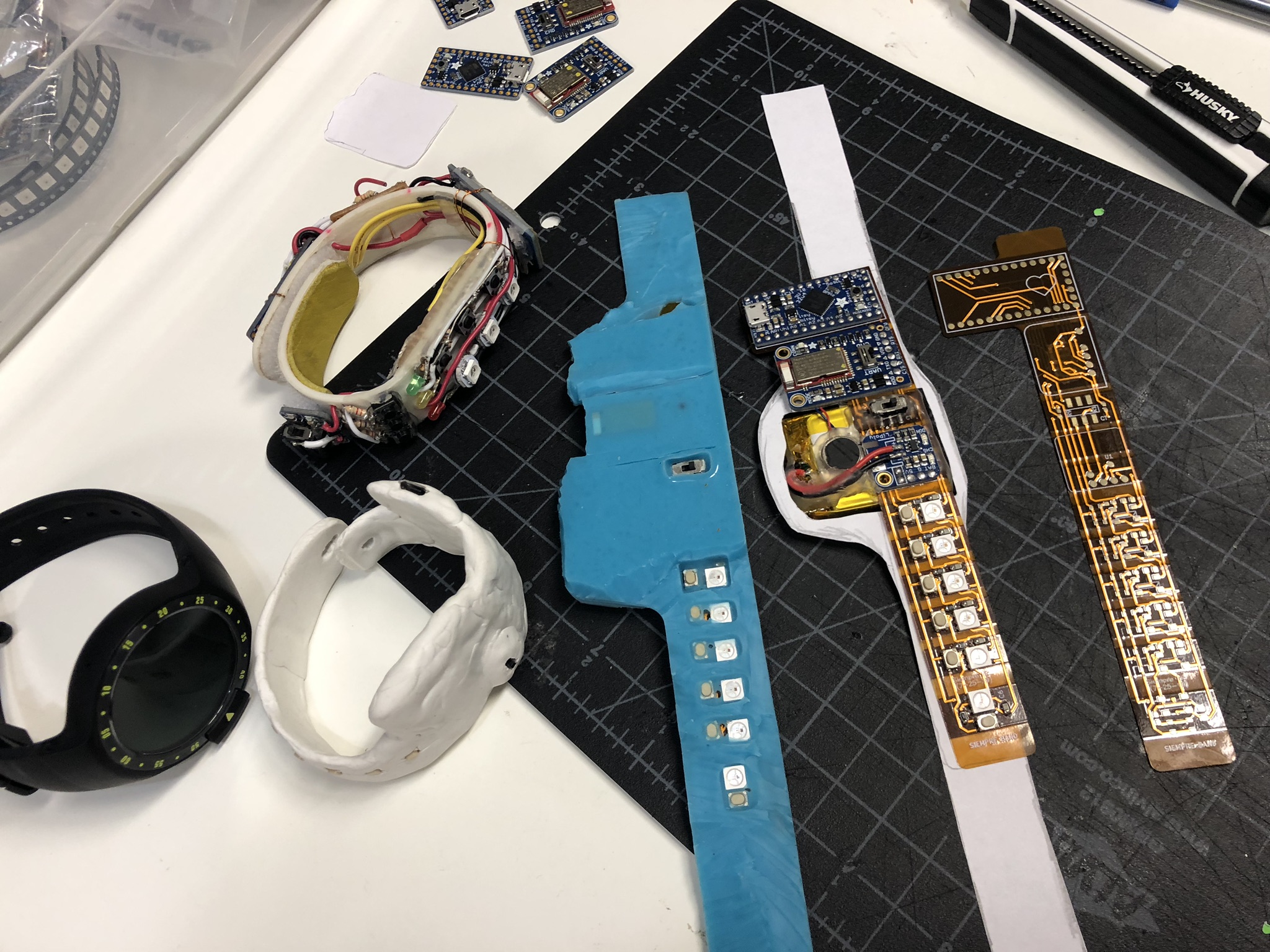 The Band works (and it's easier and faster than every alternative we know of) but only if you have something you actually want to say + are actually somewhere you can talk out loud + can say the thing without being in the same physical or visual context as the person you're talking to or knowing what context they're in.

You'll also want to bring some headphones too.